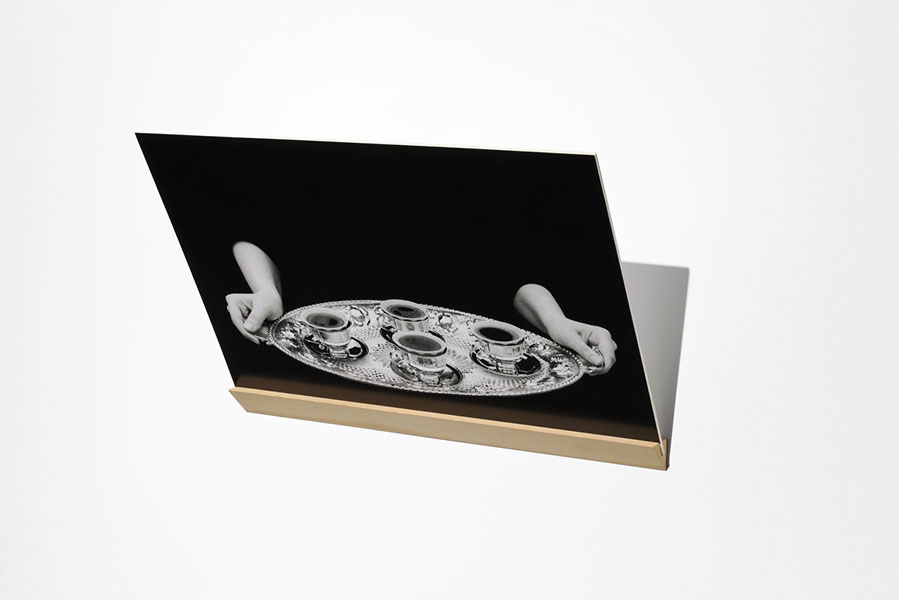 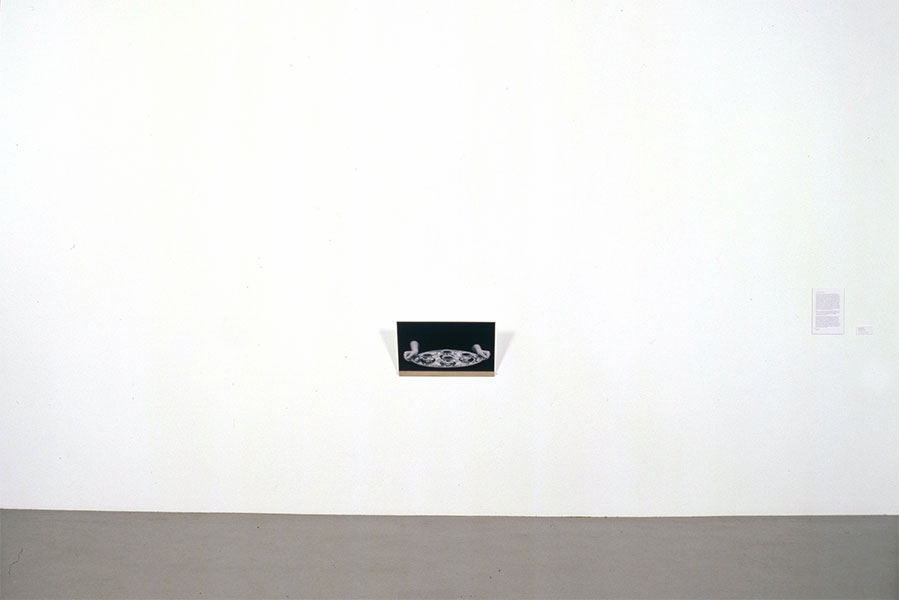 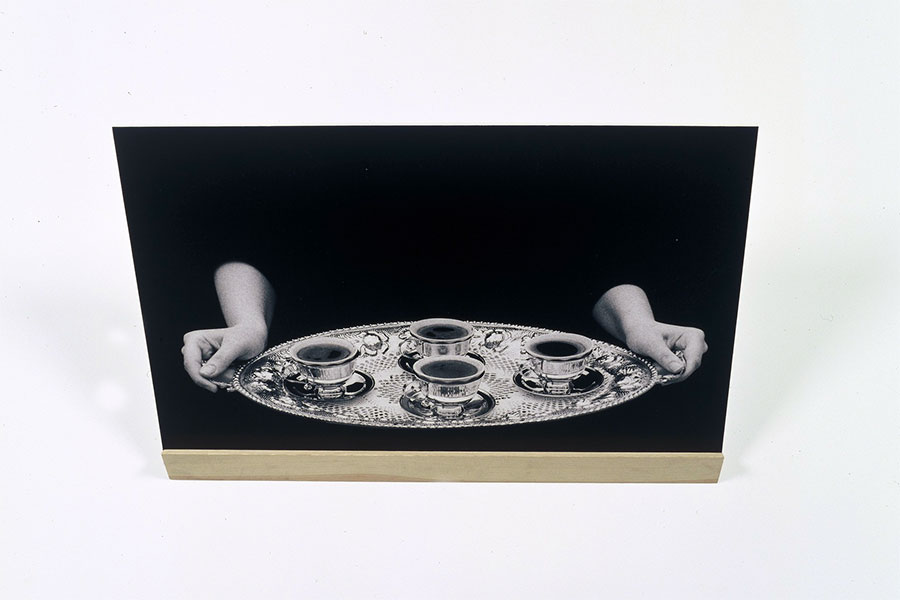 I am afraid of printed matters not because it formalizes rules of its own, but because I tend to believe everything I read. If you ask me what I think about this work today -I am thinking of how young I was, I still remember how I drove my car in the middle of nowhere in Ankara in order to find the coffee cups with envelopes as props. The coffee cups in the photograph are a type, which is called "coffee cups with envelopes". The chrome - plated metal covering on the outside surrounds the fragile white porcelain cup and conjures up a chastity belt. I remember how I borrowed the silver tray of my uncle’s wife, and asked my very own uncle for the legal papers to become a prostitute, without blushing. Probably, he knew what I was up to and luckily never told my father about it. He support my research on the subject and as a high official in public administration he supplied me with the document needed. In the photo studio when I wanted to produce the picture, I looked for model bride. Everybody there said like "Come on, you can do it yourself. Your black pullover will work out fine with the silver in contrast" That is how I ended up posing myself holding the tray. Probably, they were right, I was the most perfect model for the job in the entire territory of the university. Later I was advised to print this picture at least as an edition of eight and sell them for $ 800 each. I answered immediately "How it is possible? This kind of work can be only printed once, but maybe the paper behind could be multiplied, with the actual opening date printed on it." Endless ceremonies at my grandfather's home for my two beautiful aunts who ended up marrying at a late age. And all the coffee offering rituals when the boys’ parents arrived to sit in my grand parents' salon. And when we lost my very dear grandfather - the succession of ceremonies was transferred to our family living room with my dad acting as the senior family representative in order to see the candidate, or in other words: to show my aunts to them. For every ceremony my mum bought new dresses for bonne chance for us kids. Or we escorted our aunts as a security chain. I remember ending up at pubs with them, in full daylight. Some people in town thought me and my brother were actually their children. And, Friday nights always turned into a mix of embarrassment, fun - and most of the time, very visual events, I must say - with the appearances of candidate grooms. Everything was about showing.*

We are always in-between inbetweenness is the very fact of becoming: life is that which evolves and unfolds between the opposing poles of birth and death in that life is the unwinding way and straight and narrow path towards certain death.

Between a rock and a hard place or between Scylla and Charibdis, a predicament in which avoidance of either of two dangers means exposure to the other. Betwixt and between: not only is it well-nigh impossible to put down in words the meaning of "between" ("at a point or in a region intermediate to two other points in space, times, degrees, etc."), it also triggers a string of baleful connotations that of the ruefully incomplete, the suspended, the undecided and all that is the lesser of two evils. "Between" enjoins the dyad it brings into play the antipodean, the bipolar, the opposotional in short, dialectics.

This is what I like about the inbetween: its implied insistence on going either one way or the other, on choosing, on choice the more irreversible, the better. I hate stalling, and I don't much like doubt. (The philosophy of the in-between has taken on many different guises in recent decades one of them being that of 'nomadology', an utterly bourgeois fiction of longed-after restlessness.) The inbetween is a zone of passage, and hence 'meant' or made for passing through and this passage is what brings us from point alpha (beginning or origin, point of departure or scene of farewell) to point omega (destination or destiny, purpose or end complete), the point of this being that we both depart and arrive at something (though not necessarily, of course, that which we were aiming for). There is only so much romance in the cult of transition, and the inbetween is no place to live if living, indeed, is what we want to do.


Beginnings, endings, and the vast expanse that stretches in-between which can be alternately barren and a boring chore to trudge through, or a sensuous delight of pointless idling. I suppose it all depends on the art, or the art form at hand: we enjoy the in-between of the literary form in ways that are incomparably different from that of film or music; in much contemporary art, the in-between has traditionally (and quite often rather lazily) been construed or theorized as 'process'. Process equals the continuous frustration of our (perfectly normal) desire for the stability of the finished product. The in-between state of process and becoming produces the spectacle of flux and transience, the suspension of solidity that has long been the hallmark of vanguard art an art that is constantly on the move, hence "in between". But in between what (or who) exactly? The artist and her audience?**

** "Inbetweeness: In which way you understand the meaning of the "state in between", intended or as individual or collective experience or as a cultural phenomena?" catalogue text (in English and in Italian) by Dieter Roelstraete.
ISBN 9788877572165