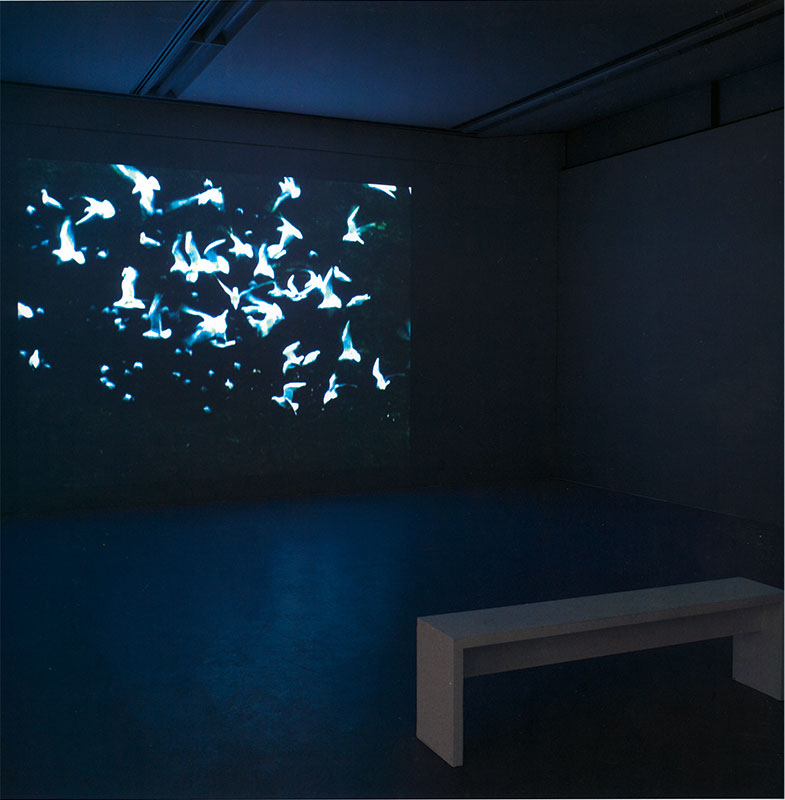 Ebru Özseçen´s artistic work concentrates on different aspects of the relationship between space and bodies (geographical, temporal, psychological, or sociological) and with questions of location. Ebru Özseçen can be viewed as a compiler of a subjective visual archive dealing with transitions or intermediate states. For example, she not only documents different societal attributions for the female gender / female body, but also how far the process of dissolution of traditions has progressed so far. By exploring everyday practices, events, and rituals, the artist thematicizes the ambivalence of inner and outer space, the opposition between public and private, which has to do not least with social norms and individual fantasy. Emerging from this thin steam between inside and outside are dreams, fantasies, and longings embodying reflections on society and the individual. In her video works, photographs, and installations Ebru Özseçen tries to capture these "inner wishes via outer spaces." In a multilayered manner, all of these aspects come together in the video "Bread Birds" (2007). When one enters the dark projection room, one at first only recognizes undulating grey and white schemes against agreen background whose seeming time- and spacelessness grips the viewer. The question of what one sees here leaves room for the imagination and creates space for perception transcending recognition, before fragmented memories emerge as well as a feeling of familiarity. For a brief magical moment the viewer seems to oscillate between dream and reality. Slowly, recognizable forms take shape; the schemes deal with birds´ bodies. In a close-up from above and partially in slow motion, the artist filmed a large swarm of grey-blue pigeons picking at feed on grass. The emergence of individual white seagulls makes the pigeons anxious, and they fly up briefly, only to settle down on the ground again. Then more and more seagulls try to find a place between the pigeons, and succeed after a while. In the end, both swarms peacefully share the food. It is a very poetic image that can easily be transferred to human interactions. Viewed in this way, Ebru Özseçen´s investigations of objects and actions deal with mechanisms of human perception and their cultural transferability and readability.